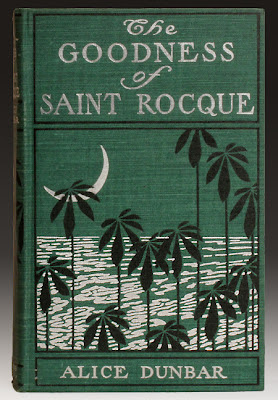 The wonderful thing about this cover art is the illusion of the reflection of the crescent moon on the water seeming to illuminate the surface coming toward the viewer in perspective.


This photo doesn't capture the scintillating glitter of the sea--it's a great effect, created by texturing the stamping die microscopically so the silver stamping reflects at different angles in the crescent moon and in the ripples on the sea. This can be seen by examining the stamping with a 10X loupe. 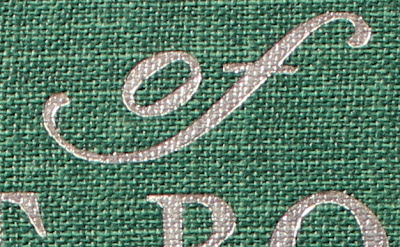 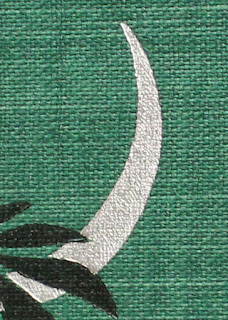 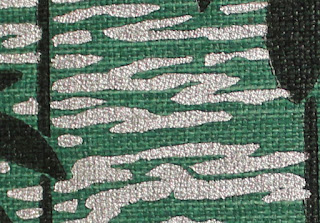 The stamping is of course not silver, but likely aluminum in 1899--it was a precious metal until Hall and Bayer developed methods of extracting it around 1889 --silver leaf wasn't used for book cover stamping because it tarnishes. White gold is also a possibility. In the late 20th century Palladium leaf became popular with bookbinders.

Below is the same book with a slight change in lighting: If you will be near Columbus, Ohio this coming Thursday, I will be speaking at the Aldus Society at 7 PM.  The lecture is free and open to the public. Here's the info:
Lecture: Modernism Came Home on Book Covers
The Aldus Society
Thurber Center
91 Jefferson Avenue
Thursday March 8, 7 PM
http://www.aldussociety.com/comingevents.htm
This lecture is hosted by The Aldus Society, and will be an illustrated presentation of Modernism on American publishers' bindings from 1872 to 1930. More than just eye candy, these beautiful book covers show a pervasive form of material culture that was taken for granted for so long that nobody noticed it was art. There are many approaches to collecting in this area, and it can begin with the books already on your shelves. We will focus on examples that are years, and sometimes decades ahead of art movements usually associated with their visual form.
If you are interested in contemporary book art, the creative process, or art criticism, come to my afternoon critique workshop at OSU:
Book Critique Workshop
The Ohio State University
Thompson Library
Room 150 A&B
1858 Neil Avenue Mall
Thursday March 8
1:30–3:30 PM
http://events.nbc4i.com/columbus-oh/events/show/244295744-richard-minskys-book-critique-workshop
This is a critique workshop sponsored by Ohio State University, with twelve participants presenting works of book art. They may be artists, collectors, curators, dealers, or critics. We don't know until then. I'll start with a short presentation of the "material meets metaphor" critique process, a simple tool for evaluating work during the creative process, for selecting work for exhibition or collecting, and for writing criticism. Then we discuss each work. By the end of the program everyone has a good idea about how to use this process for their own purposes.

Although I have conducted this workshop many times, this is the first it will be presented in front of an audience.

If it's been quiet on this blog for two months it's not from neglecting the subject.  To the contrary, I've been acquiring and studying the covers created by Thomas Watson Ball (1863-1934), and now have an exhibition up in the gallery.  You can see the first photos of the installation here.
You may recall some of the earlier posts of work by TWB, on May 24, 2010 and May 11 last year. Do read those to get some background on the extent to which  his work was neglected, and the reasons he was unknown to Gullans and Espey when they wrote their seminal 1979 essay on publishers' bindings. Recently I have discovered many more examples of his work that are not in the Ball Portfolio, suggesting he is one of the major designers of the period. The serious research on Ball has only just begun, and it's likely that many more of his covers will be discovered in the coming years.
The purpose of the current exhibition and catalog is to give researchers, collectors, booksellers, librarians and curators enough examples of the styles in which he worked to enable identification of unattributed bindings. It also might suggest creative concepts to bookbinders and cover artists.
Here are two T. W. Ball non-portfolio covers you may not have seen. This one is certainly by Ball, and is the earliest we have seen in his "skyline silhouette with clouds" style: 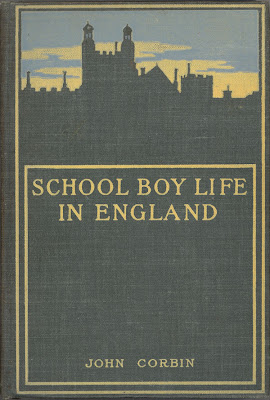 From 1894-1900 Ball worked as an art editor for Harper's, and there are many covers he did for them that we know of. He also produced freelance work for others, particularly Dodd. By 1900 he was working for many of the northeast publishers--McClure, Phillips; Frederick A. Stokes; Silver, Burdett; J. F. Taylor; Small, Maynard; Houghton, Mifflin; and others.  The one below is almost certainly by Ball, with the trees and hills he had used since at least 1897 on The Mistress of the Ranch (Harper), and clouds in matte and bright silver, similar to those in silver and gold on Ships That Pass in the Night (Dodd, also 1900). The lettering of "the" is identical to that on Lords of the North (J. F. Taylor, also 1900). The unusual element is the arched panel, the first of his we have encountered. 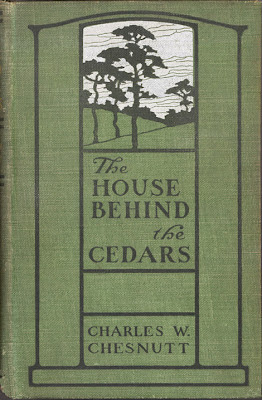 1900
The House Behind the Cedars
by Charles W. Chesnutt
Houghton, Mifflin 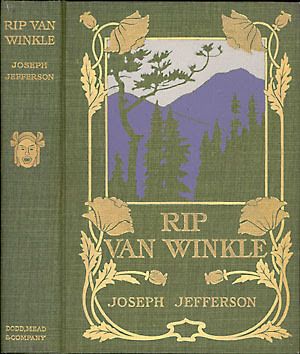 1899
Rip Van Winkle
by Joseph Jefferson
Dodd, Mead
There are currently about 70 different book covers in the exhibition, plus variations. More are on the way here. These include covers with paper onlays, an embossed cameo, and other features we have not previously seen in his work.


From book covers Ball moved to toiletries and cosmetics, working first for Colgate (1901-1907), where he created their iconic typeface (also used on his book covers) and then for the upscale Richard Hudnut (1910-1913). We are now on the track of what appear to be book covers from his post-Hudnut days and will keep you posted. More biographical information is on the way as well.
If you have a cover that you think might be a T. W. Ball, please do get in touch.  If it's one we know about I'm glad to confirm it for you, and if it's new to me, I'll get excited!
Posted by M at 9:31 AM 2 comments: