One of the  mysteries that was unsolved at the time of our first exhibition of American Decorated Publishers' Bindings 1872-1929 was the artist responsible for the cover of The Arncliffe Puzzle. It has always been one of my favorites, with a hooded figure blending from within to outside a red-orange circle, holding a gold question mark like a sickle in one hand, and its gold dot like a ball in the other.  It is one of the best examples of an artist playing with the picture plane on a book cover, using both color and imagery to achieve the effect.

The author is not identified on the cover, another mystery.  It says "By the author of A Mysterious Disappearance." That one is solved on the title page, where Gordon Holmes is named. But with no designer's monogram and no comparable covers to help, the artist remained unidentified.

The author's identity was not exactly a clear giveaway, despite the title page attribution. Gordon Holmes was a pseudonym used by more than one author. It was shared by Matthew Phipps Shiell (who also wrote as M. P. Shiel) and Louis Tracy. They also collaborated under the name Robert Fraser. A quick search of WorldCat revealed that in later editions the authorship is attributed to Louis Tracy. But the cover artist was not identified.


More recently, in researching the design influences of artists of the period, I acquired a copy of Decorative Design by Joseph Cummings Chase [Wiley 1915]. This cover is illustrated on page 37, and the design attributed to J.C.C. 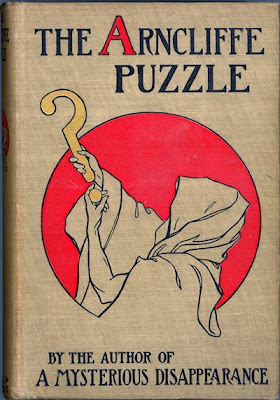 The Light of Stars and others from R. F. Fenno

I have been looking for a copy of The Light of Stars for years. The title was listed in an ad in another Fenno book, The Tempting of Paul Chester. WorldCat shows only four copies in libraries (LC, Huntington, Ohio State and Bowling Green) and 21 microfilm copies. One finally turned up this month.

The cover is unsigned and not easy to attribute. The stream flowing out of the woods onto the cover puts it in the category I call "out of the box," in which pictorial elements break a visual barrier established by the artist. Some examples will be in another post. This cover approaches proto-surrealism with a touch of classical illusionism: 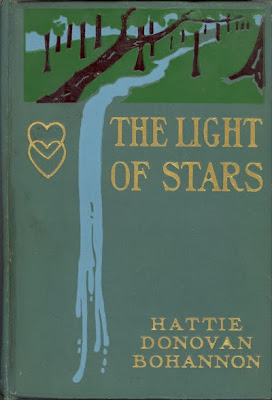 
The closest I have seen to this style of trees, flat and childlike Modernism, is Olive Lothrop Grover's cover for Dana, Estes on The Story Without an End: 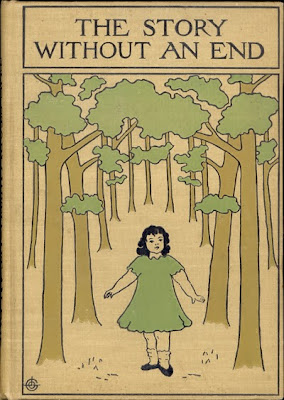 The Story Without an End
by Sarah Austin
Dana Estes, Boston, n.d., ©1899
Cover by Olive Lothrop Grover, with OLG monogram

Robert F. Fenno started the company in 1895 in New York City, and the firm published under his name until he retired in 1929. 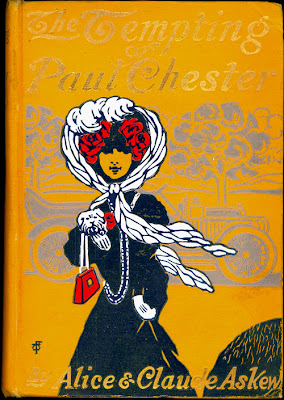 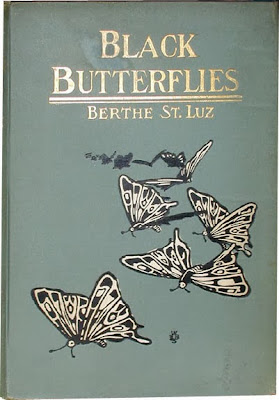 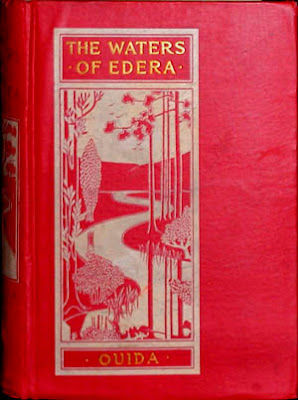 The focus of the exhibition that you read about in the August 23 post has evolved into a deeper look at covers with Native American themes. Geographically, the covers represent a wide variety of cultures from the Arctic to South America. Stylistically they vary from decorative use of Indian motifs by major designers to pictorial illustrations on children's books.

A few of them are pictured below. For more information about the exhibition, images, and pre-publication discount subscriptions, click here. 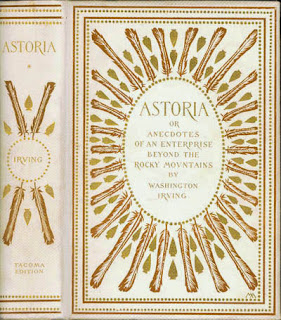 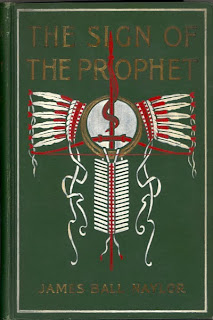 The Sign of the Prophet
by James Naylor
Saalfield, 1901 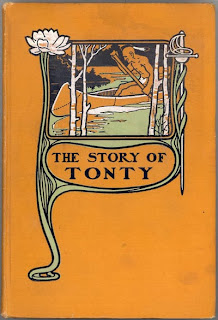 The Story of Tonty
by Mary Catherwood
McClurg, 1901 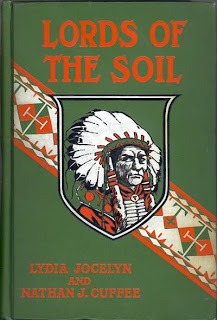 Lords of the Soil
by Lydia Jocelyn and Nathan Cuffee
C.M. Clarke, 1905 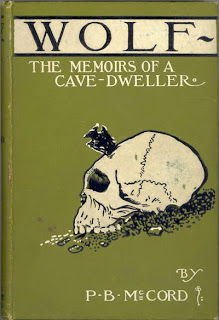