The current exhibition of American Publishers' Bindings on the books of Amelia E. Barr 1882-1919 includes covers from Eastlake style through Japonism, Arts and Crafts, Art Nouveau, Poster style, and Text as Art.

Charles Eastlake’s popular book Hints on Household Taste in Furniture, Upholstery, and Other Details was published in England in 1868, and in the USA in 1872. During the last quarter of the 19th century many book covers were produced that capitalized on the popularity of  “Eastlake style.” Although it was considered “modern” at the time, some of it looks more like a vestige of the Victorian era than a precursor to Modernism, while other elements are timeless. Here are some examples of Eastlake book covers on Amelia Barr’s early books. 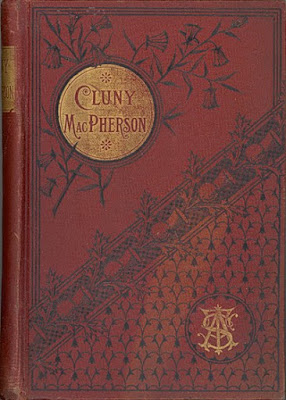 This was a uniform cover style, not specific to this title. Princeton's copy of this book can be read online via HathiTrust, and is in the same design on green cloth. That year ATS also issued a collection of her short stories: 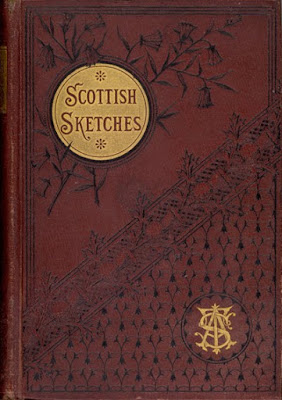 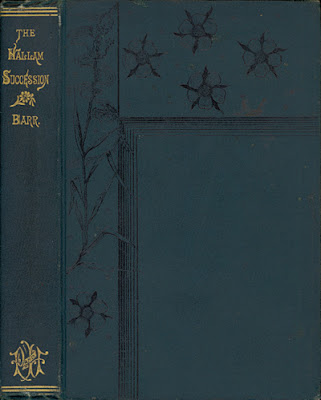 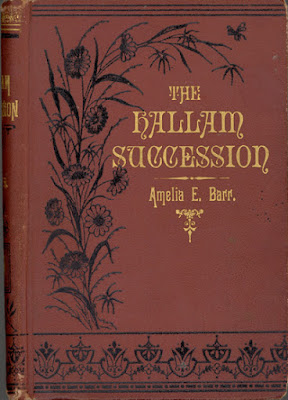 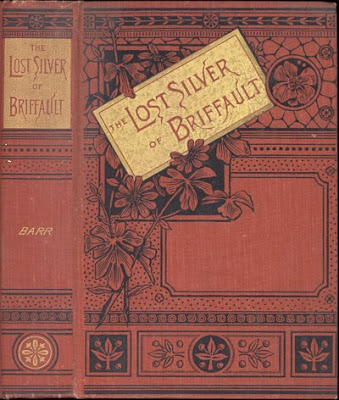 It's hard to photograph the amazing effect of the gold on this book, which changes depending on the angle you view it from, or light it from, or move it through. Here is a detail from a different angle.  The effect is achieved by engraving the stamping die at different angles to control the reflections. 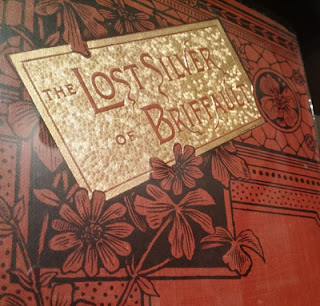 This Weekend in Brooklyn

Saturday and Sunday, September 19-20, I will be presenting an exhibition of American publishers' bindings at the Brooklyn Books, Art, Photos & Design Expo. At 2:00 pm each day I will be giving a talk.  I also will be signing my book, The Art of American Book Covers 1875-1930, and will have my limited and deluxe editions on this subject, which document more than 1,200 designs.

click here for a "friends of Minsky" complimentary VIP pass!

Posted by M at 8:10 AM No comments: Links to this post

American Publishers' Bindings on the Books of Amelia E. Barr 1882-1918


Today hardly anybody knows the name Amelia Edith Huddleston Barr, yet a hundred years ago she was among the most prolific and popular women writing in America. If it were not for the decorated bindings on her books I would not have known she existed. Some of the best cover artists were assigned to her works, including Thomas Watson Ball, Alice Cordelia Morse, Evelyn W. Clark, Blanche McManus Mansfield, Amy Richards, William Snelling Hadaway, Harry B. Matthews, Theodore Brown Hapgood and the Decorative Designers.

After seeing her name on so many books, it struck me that searching for her titles might turn up some designs I had not seen before, and it was true! There are about a hundred items in the exhibition, including the complete original manuscript for one of the books, half typewritten and half handwritten.  Perhaps her typewriter broke halfway through?

Here is an unsigned design that I attribute to T. W. Ball, very much in his style of lettering and panelization, from the time he was doing a lot of work for Dodd: 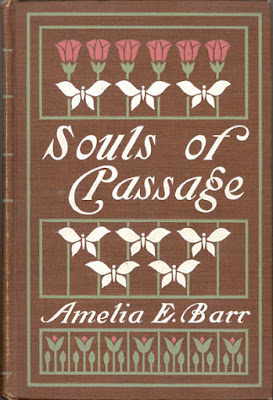 Amelia Barr was born in  England in 1831, she and her husband emigrated to America in 1853, had nine children, six of whom died, the last three of yellow fever in Galveston, along with her husband, in 1867. She and three daughters moved to New York, and she supported the family writing articles, stories and poems for magazines. The first book of hers I've located was published in 1882, an unattributed early post-Victorian design with Eastlake influence in the lettering: 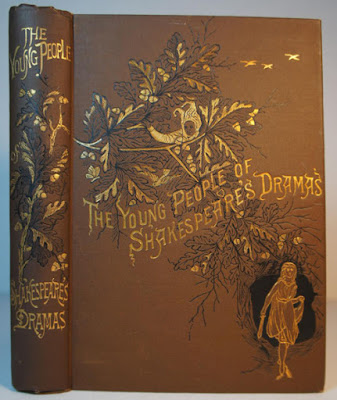 The exhibition includes only editions published during her lifetime.  She died in 1919 two weeks shy of her 88th birthday, having written about 70 books. This covers the period of greatest change in cover art. 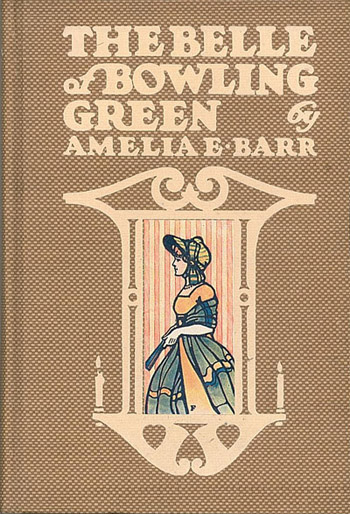 The unsigned design below on a small format reprint must have been on a large edition, because nice copies of it are plentiful: 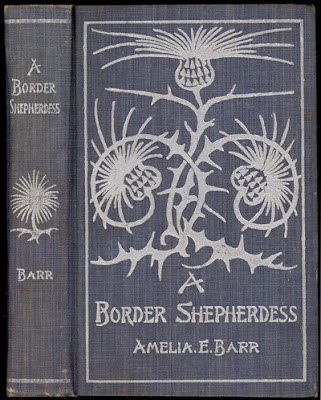 Installation photos of this exhibition are now online. You also can subscribe to the catalog, where you also can read more about her and see additional cover images.

Photos of the exhibition at Brown University

For those who missed the exhibition of One Hundred Great Covers from the Brown UniversityLibrary, 1875-1930 in the John Hay Library (April 15—May 14), I've posted some snapshots on facebook.  Click here or on the photo below. 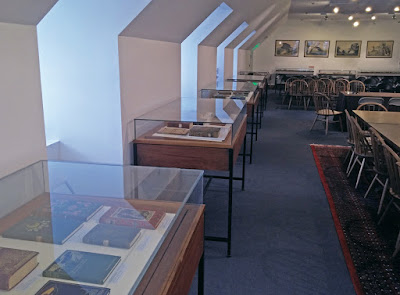 Posted by M at 4:57 PM No comments: Links to this post 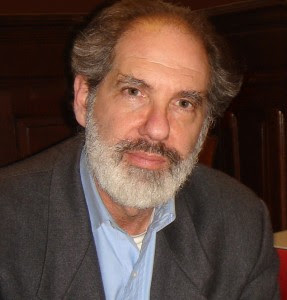 On April 22, 2015 at 5:30 p.m. in the Lownes Room of the John Hay Library, Richard Minsky will give a talk, “The Art of American Bookcovers 1875 – 1930: One Hundred Great Covers from the Brown University Library.” Minsky will look at selections of books from the Library’s holdings that exemplify book cover styles and their changes during this time period. A Q&A, book sale and signing, and reception will follow the talk. This event is free and open to the public.

A complementary exhibit of the same name will be available for viewing in the Lownes Room cases from April 15 – May 14, 2015 by appointment only. To make an appointment to view the exhibit, please contact the John Hay Library at hay@brown.edu.

In his presentation, Minsky will discuss how Modernism entered the American home on book covers. Proto-Constructivism and Futurism came in 1880, Art Nouveau in 1881. Surrealism and Abstraction in 1904. This period  saw the transition from covers designed by die-engravers to those created by visual artists, many of whom were women. The presentation will include stunning examples from Eastlake style, Arts and Crafts, Aesthetic movement, Poster style and Social Realism. 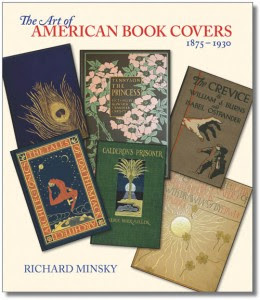 The hardcover edition of The Art of American Book Covers 1875-1930 sold out two printings and won the Worldwide Books Award for Publications from the Art Libraries Society of North America in 2011.


There will be no printed catalog of the new exhibition. Some of the books were cataloged in previous exhibitions, others here on the blog.  Some are new discoveries, and I'll add those to this blog as time permits. 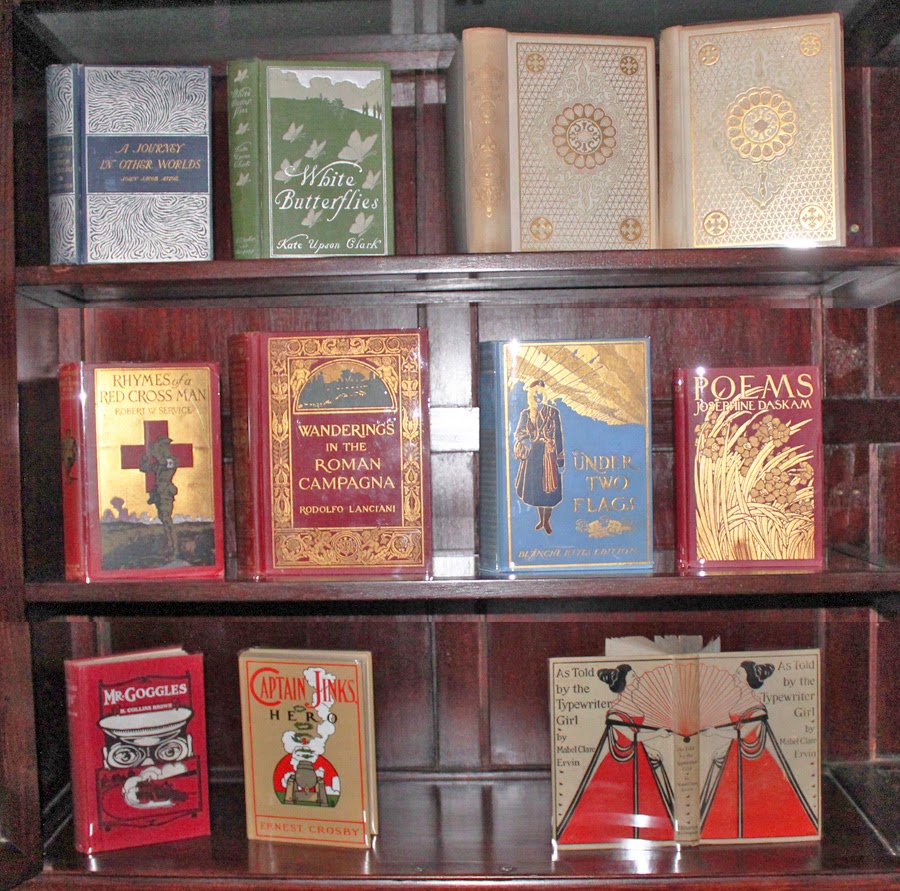 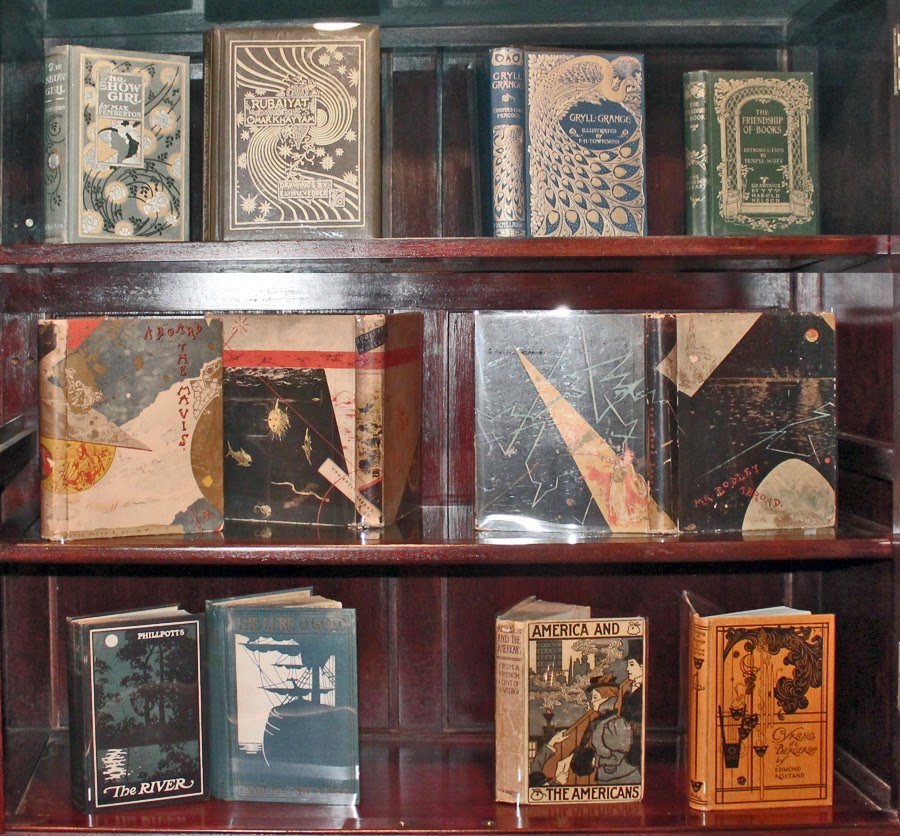 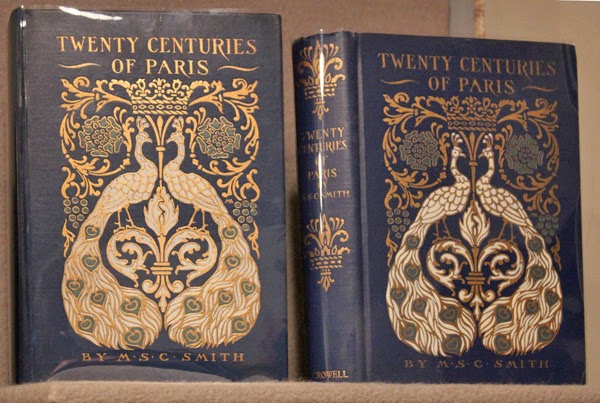 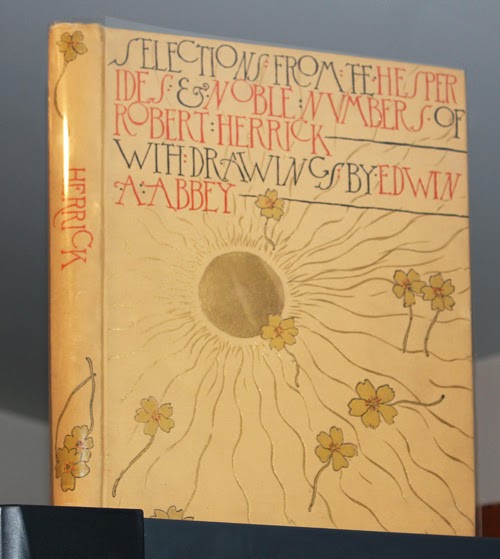 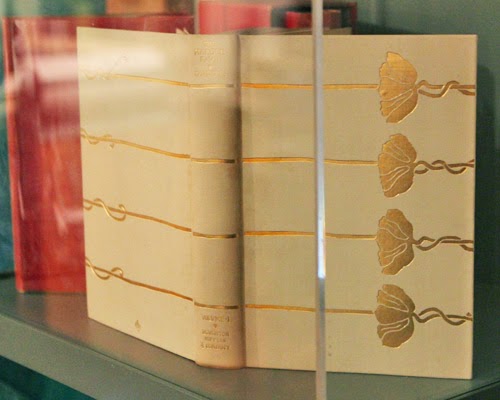 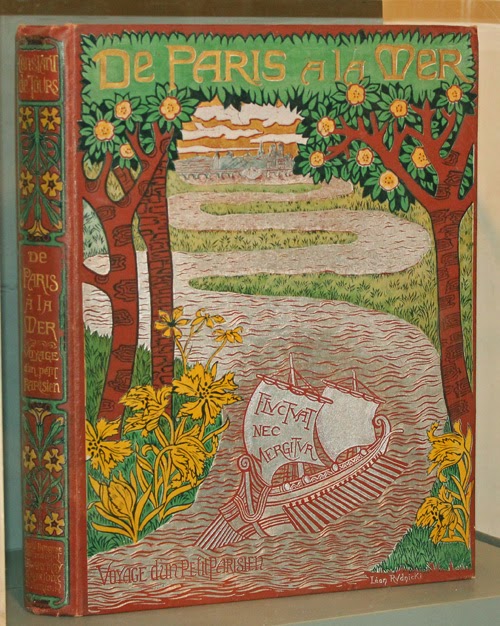 Posted by M at 9:09 AM No comments: Links to this post