[This was originally posted Friday, October 9, but had a technical problem and had to be reposted.]


The first post on this blog showed the 1881 cover of Mr. Bodley Abroad, a design decades ahead of its time. Here are four more covers that are clearly by the same artist: 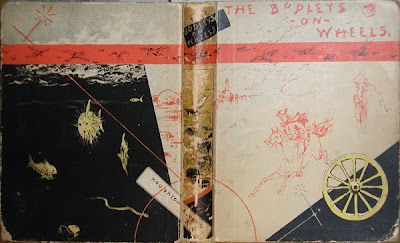 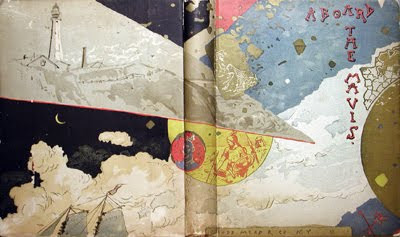 Aboard The Mavis
by Richard Markham
New York: Dodd, Mead and Company, 1880
Printed paper wrapped boards and over spine cloth 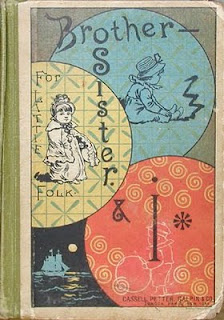 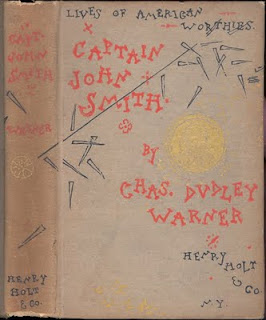 Captain John Smith
by Charles Dudley Warner
Henry Holt and Company, 1881
Greenish tan cloth stamped in black, gold
and orangewith design wrapping to spine
and the orange stampingof the front
repeated in blind on the back cover


Who could possibly have done these? My thoughts keep returning to the painter and stained glass artist John La Farge.  The authority on La Farge has advised me that there are no records of his having done any book covers.  If they are not by his hand, it looks to me like it may have been his influence.  We know that he taught several of the earliest and best  book cover artists--Sarah Wyman Whitman and Alice Cordelia Morse learned from him, and Margaret Armstrong grew up with La Farge as a neighbor and family friend.

To my way of thinking, the lack of evidence that he did book cover commissions does not rule him out.  It was several years later that artists monograms began to appear regularly on covers. La Farge illustrated many books,  knew the publishers and their art directors, and would be a likely artist for a cover commission.

If you have any other notions about who may have done these covers, or any other opinion, please do not hesitate to post a comment.

comments:
[ unfortunately an early comment from BIBLIOMAVEN was deleted in a technical glitch. It had a link to the excellent blog, where there are images of another cover by this artist:
Salmagundi Booktopia:
By far these have become some of my favorite book covers on your site. They look a little pre-Dada to me. To find one of these would be a dream. Thanks for posting them.
January 17, 2010