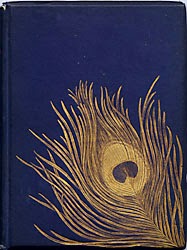 The first post to this blog in August 2009 was about a book with a peacock feather stamped in gold on the cover, The New Day by Richard Watson Gilder [Scribner, Armstrong, 1876]. It's worth re-reading that story, because there is a connection to Margaret Armstrong, whose peacock designs are below. Here's a photo of that book to refresh your memory. Click it to read the original post.
Peacocks and peacock feathers were a pervasive image of the Aesthetic Movement, a symbol of beauty in nature. Whistler's Peacock Room of 1877 was a monumental tribute to this theme.
Albert Angus Turbayne is sometimes thought of as a British designer, but he was a native of Boston, born in 1866. He lived and worked in England for much of his career, and was considered among the top book artists, creating designs for trade bindings and fine bindings with gauffered edges. The September, 1900 edition of The Artist [vol. 28, No. 248, pp. 212-217] has a nice illustrated feature titled "A. A. Turbayne's Book-Bindings at the Paris Exhibition" that will give you a sense of his work and stature at that time. Look particularly at the "'Maiolica' fore-edge by A. A. Turbayne" on p. 215.
His most familiar work is an Art Nouveau peacock binding done for Macmillan's series of books by Thomas Love Peacock. 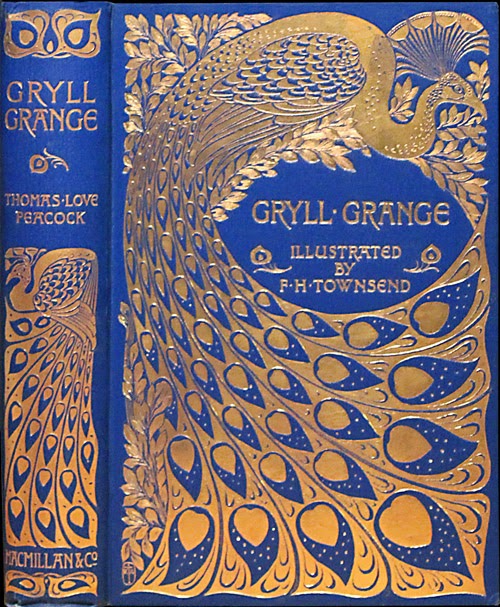 The stamping die is engraved with fine lines that reflect at different angles, so parts of the image light up differently as you move past the book or turn it in your hands.  This is a variant of the technique that lit up the 1876 cover of The New Day. 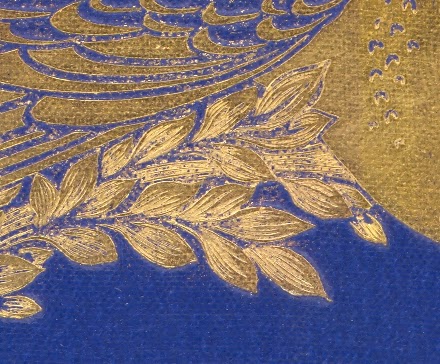 Turbayne was a master at monograms, and was the primary designer/artist of the book Monograms & Ciphers [London: T.C.& E.C. Jack, 1906]. At various times he worked for the London County Council School of Photoengraving and Lithography, for Carlton Studio, and as a book designer for Oxford University Press. His own cipher is:

Like many book cover designers in this period, the British artist Paul Woodroffe was also an illustrator and worked in stained glass.  For the Pre-Raphaelite writer Gertrude Hudson's romanticized tour of India that took a scathing look at British imperialism (writing as a man under the pseudonym Israfel), Woodroffe created a not-quite repeat pattern with two peacocks: 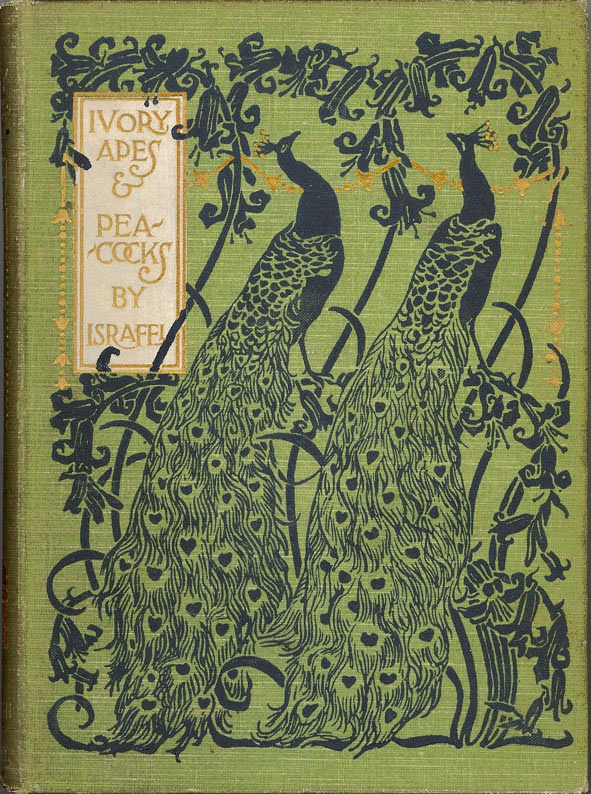 Margaret Armstrong, perhaps the most collected American book cover artist of the golden age, was also a stained glass designer, having studied with John LaFarge (as did Sarah Whitman and Alice Morse). She made a horizontally symmetrical peacock design in 1903 for Appleton's book on housekeeping for the wealthy. This cover uses bright and matte gold to achieve a lighting effect similar to the engraving on Turbayne's design, but here it is achieved by texturing the matte gold rather than hand engraving lines. 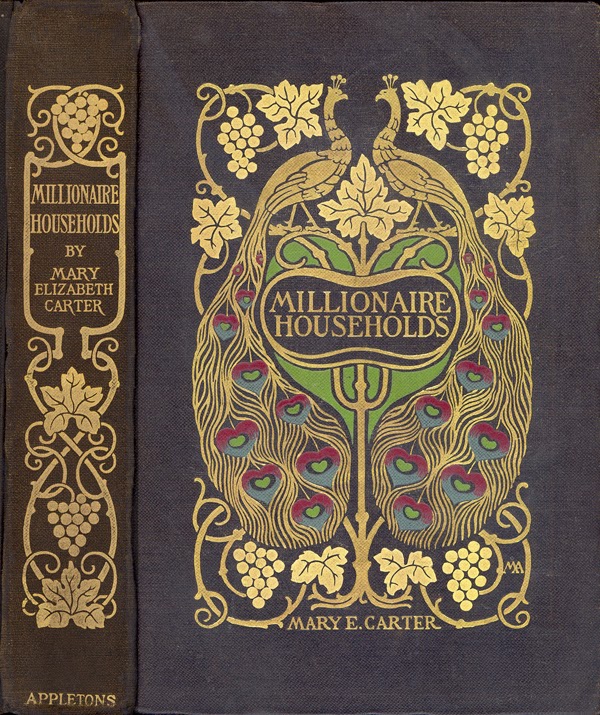 She reprised the concept a decade later for Crowell: 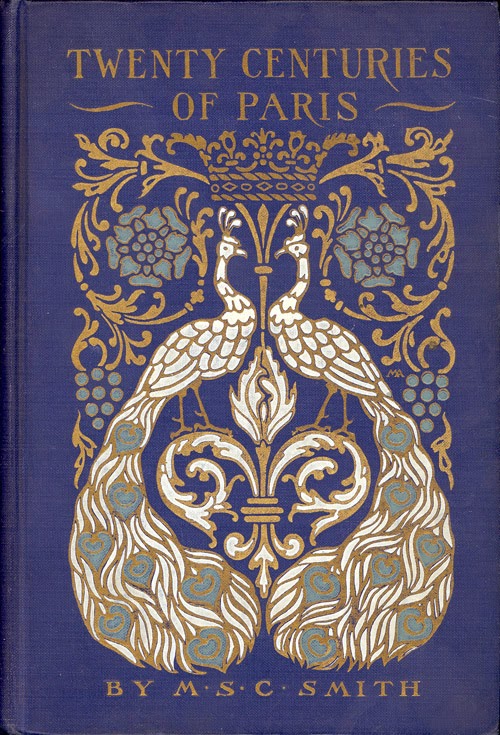