A milestone among publishers' bindings is the Rubaiyat of Omar Khayyam, translated by Edward FitzGerald and illustrated by Elihu Vedder  [Houghton, Mifflin, 1884]. This book brought Pre-Raphaelite aesthetics and modern Symbolism into the American home. Vedder (1836-1923) also designed the cover, which was dramatically of its time and beyond. he included notes within the book about the creation of his illustrations. Regarding the cover, he wrote:


The swirl which appears here, and is an ever-recurring feature in the work, represents the gradual concentration of the elements that combine to form life; the sudden pause through the reverse of the movement which marks the instant of life, and then the gradual, ever-widening dispersion again of these elements into space. 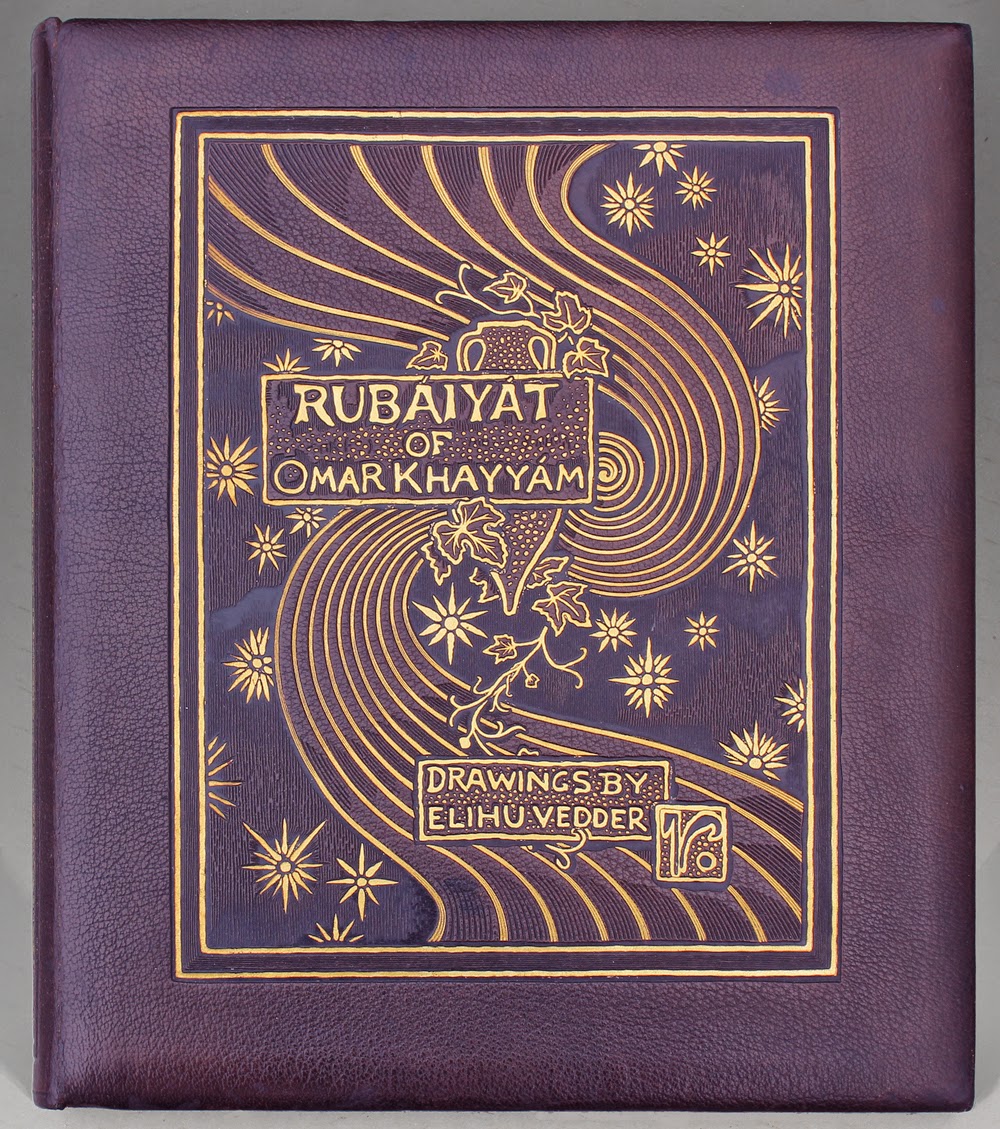 This is a very large book (17.5 x 15.25 inches), bound at Riverside Press in brown goatskin, stamped in gold and black. It was issued in an edition of 100 copies and instantly recognized as a masterwork. It sold out in less than a week, despite the then enormous price of $100.00. Houghton simultaneously issued a smaller cloth-bound "trade" edition for $25. At that time an ordinary illustrated book with a stamped decorative cover using genuine gold was $1.00 to $1.50.
You can read all about the book and see the original art for every page, including all Vedder's notes, at the Smithsonian American Art Museum website.

The insides of the covers are elaborate as well, with gold tooled dentelles creating a border for carded satin doublures printed with Vedder's design: 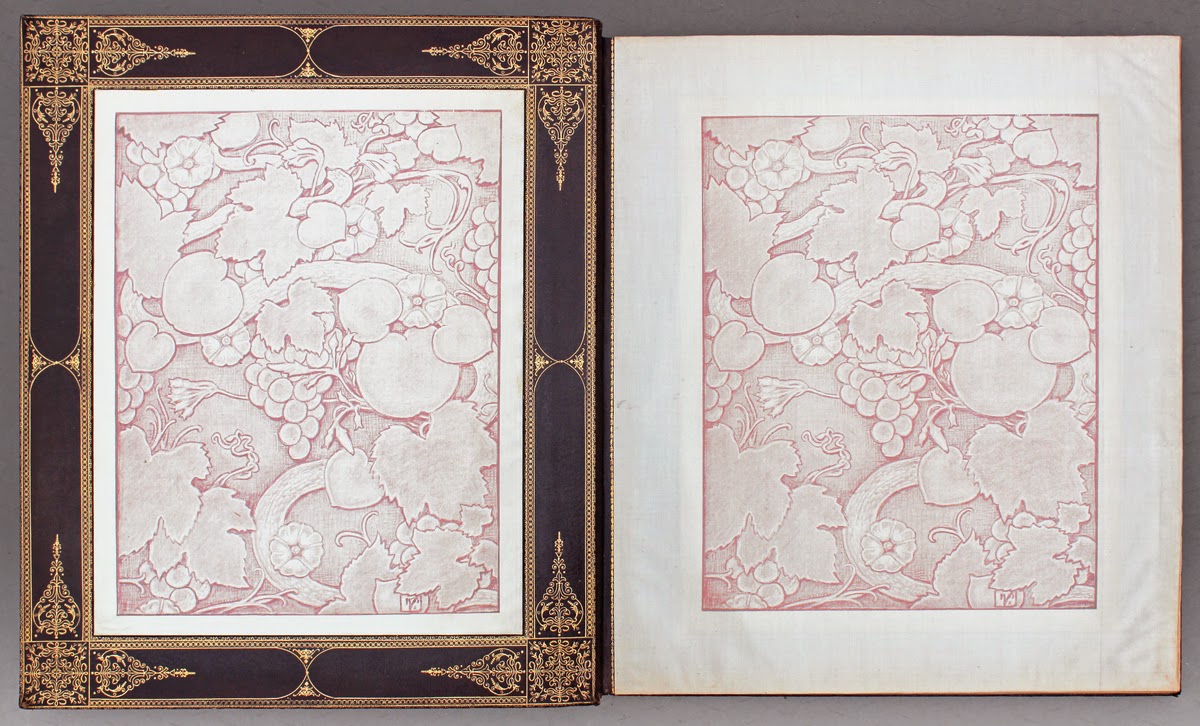 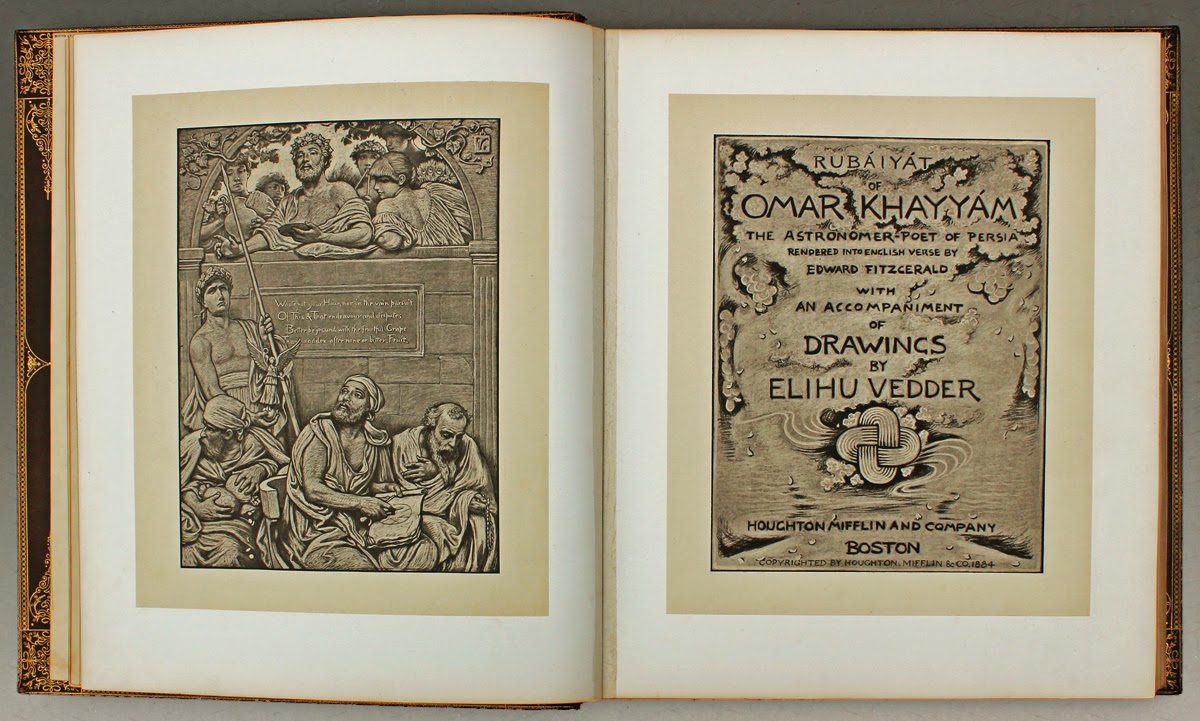 Each spread is on a tabbed guard, with the images, printed by the albertype process, mounted on one side of each sheet. This edition is from "remarque" plates, which include a small image in the corner of each illustration. This is the only edition with remarque proofs. 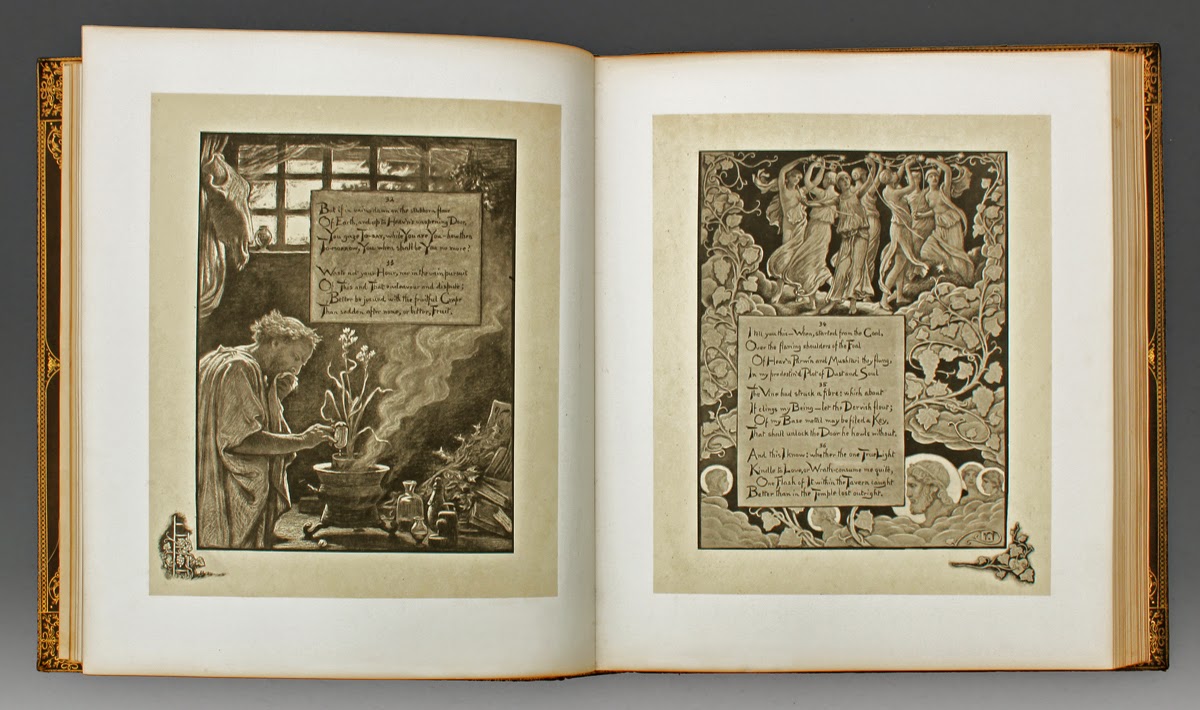 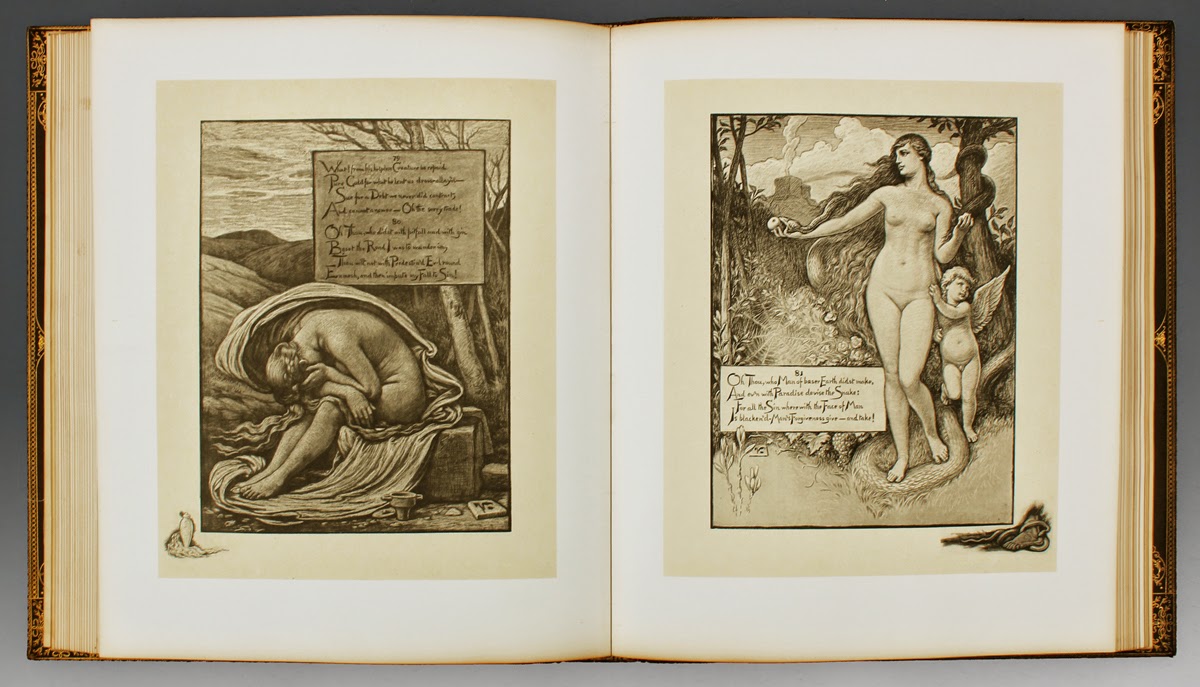 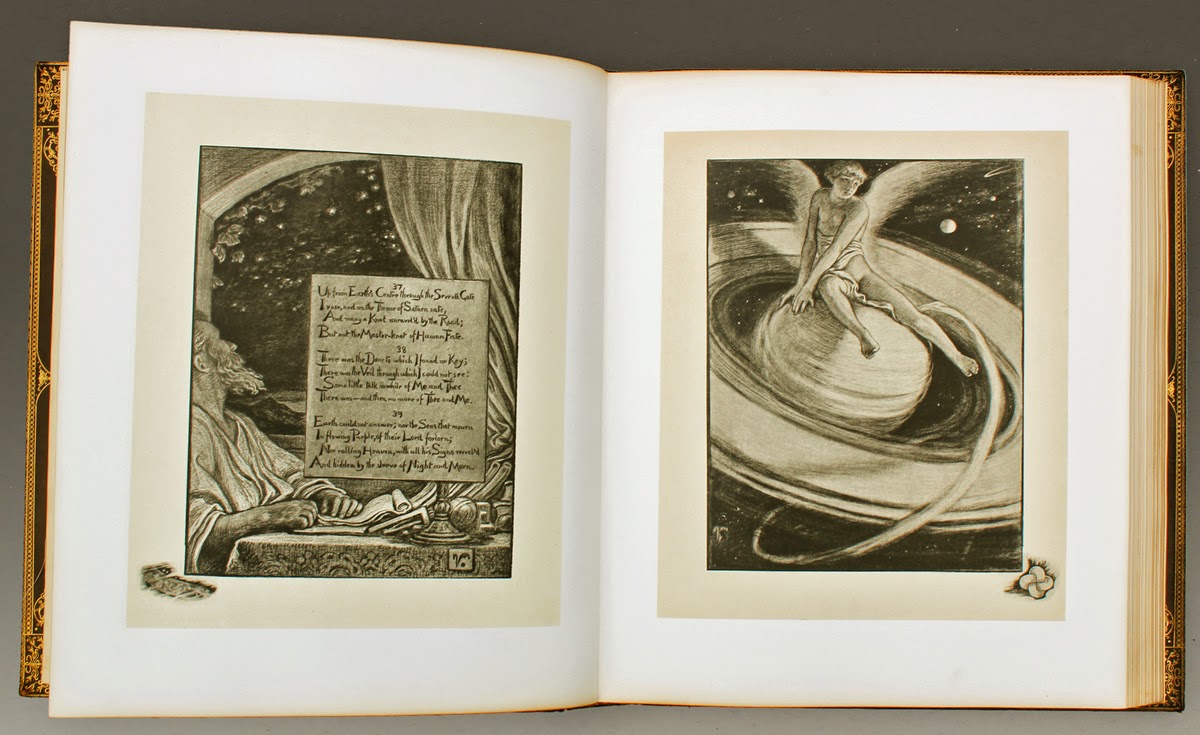 Houghton  issued many reprint editions as the years went by, all in cloth, each smaller in scale than the previous one, and a slightly different shape. The cover design was adjusted to fit each new format, and cheaper methods of printing brought the price down to reach a wide market.