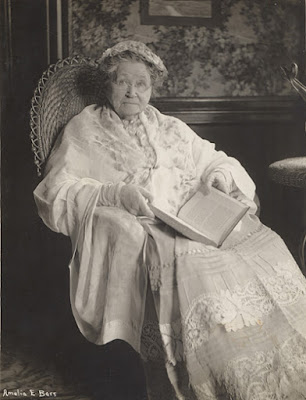 Amelia Edith Huddleston was born 185 years ago today, March 29, 1831, in Ulverston, Lancashire, England, the daughter of a Methodist minister. At the age of 19 she married Robert Barr, a successful Glasgow merchant in the wool trade.

He went bankrupt shortly after their marriage, and they emigrated to America when she was 23. They had nine children, six of whom died, the last three boys along with her husband in the yellow fever epidemic in Galveston in 1867. Finding herself a single mother with three girls, one of whom was mentally challenged, she moved east, settled in New York and became a writer. Her first commercially successful novel, Jan Vedder's Wife, was published by Dodd, Mead in 1885. 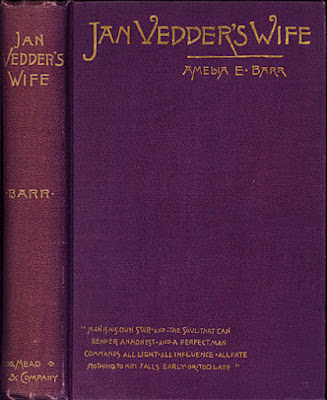 Amelia Barr wrote primarily for women, and most of her novels are thoroughly researched historical romance. An admirer of William James, religion remained integral to her life, but she believed in the spirit world and the heresy of reincarnation, including it in her writing. After 1885 she wrote about two books a year and died just shy of her 88th birthday in 1919 with 70 published books.

Amelia E. Barr was one of only five women identified on the dust jacket of Lyle Wright's American Fiction 1876-1900 as "Popular women writers . . . in demand by an eager reading public."  Now widely forgotten, she has been reincarnated due to the extraordinary covers issued on her books, designed by some of the best trade binding designers of the period. She wrote primarily for women, and was an influential supporter of women's rights who died the year before women in America won the right to vote.

In December I posted images of her early books in Eastlake designs, and last July posted covers by Thomas Watson Ball and Charles Buckles Falls.  The exhibition includes a complete original manuscript of a novel, illustrated magazine serialization, and book editions. The exhibition also includes newspaper serialization, uniform edition reprints, "pocket" format editions, and more. It was extended through this week for Women's History Month. A catalog of the exhibition, a limited edition of 50 copies, has been produced, and delivered to 38 pre-publication subscribers. 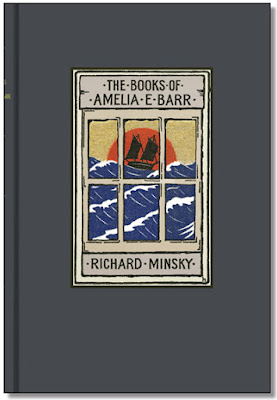 Below is the cover designed for Dodd, Mead & Co. by Alice Cordelia Morse for the first edition (1891) of A Rose of a hundred leaves: 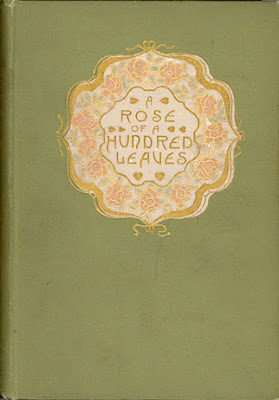 Over the next decade or two several reprints in "pocket" size were issued with variants on this design:

The 1897 Japonisme cover created by William Snelling Hadaway for The Century Company edition of Prisoners of Conscience was adapted for the catalog cover: 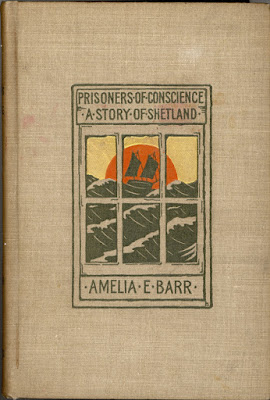 Blanche McManus Mansfield had an abstract path in her design for The King's Highway (Dodd, Mead, 1897): 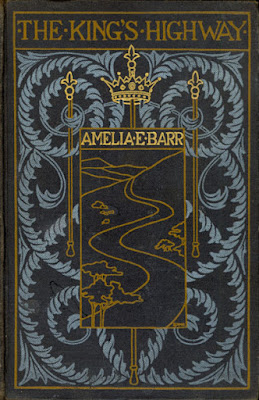 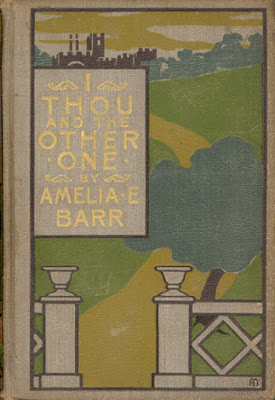 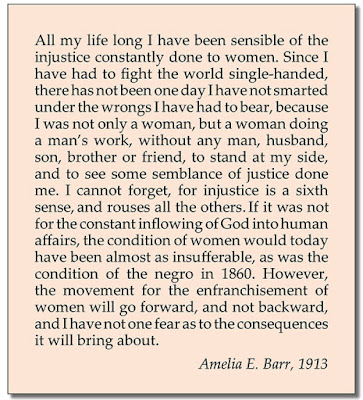