One of the most interesting, prolific, and mysterious book cover artists of this period was Blanche McManus (B. McM.). After her marriage in 1898 she added Mansfield and started using the monogram B.M.M.  You may have seen her cover for The King's Highway by Amelia Barr (Dodd, Mead, 1897) in the post here March 26th. Her 1898 poster-style design for As Told by the Typewriter Girl features a symmetrical double cover of a woman in a red dress wrapped in typewriter ribbon.  The mirrored images meet at the spine, where the spool from which the ribbon unwinds becomes the base of a fan, which also resembles the mechanism inside a typewriter.
If you are reading this the week it is posted, my copy in the above photo is offered on eBay. Click here to view that listing, which has more photos.

Born in Louisiana in 1870, Blanche McManus studied art in London and Paris before opening her Chicago studio in 1893. In 1896 she was doing covers for Stone & Kimball in Chicago and Dodd, Mead in New York. Her first children’s book, The True Mother Goose, was published by Lamson, Wolffe in Boston the same year. 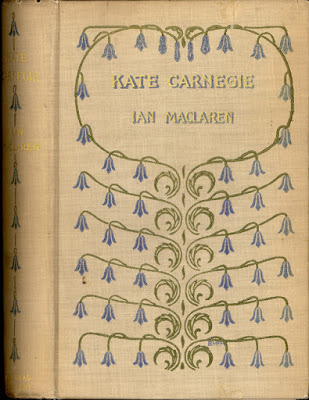 
McManus’ 1897 cover for A Charm of Birds uses curved gold lines to add movement to a scene that otherwise might appear flat and lifeless. 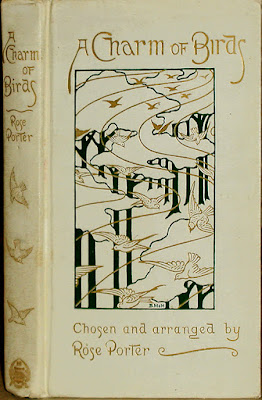 She used similar swirling lines that year for L. C. Page on Richard Mansfield’s Blown Away, a striking and fan­ciful double-cover pictorial with symmetrical nearly identical images connected by a spine panel. 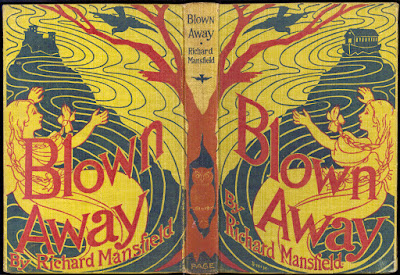 At first glance the covers appear mirrored, but a close look shows an Ark on the right mountain and castle on the other.

Blanche married Francis Miltoun Mansfield in 1898. They traveled through Europe and North Africa, creating illustrated travel books together that were published by Page from 1903 to 1912. For these books he used the name Francis Miltoun. 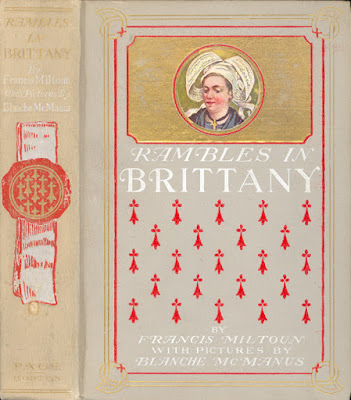 The book was reissued as The Spell of Brittany. The copy below is from 1927. 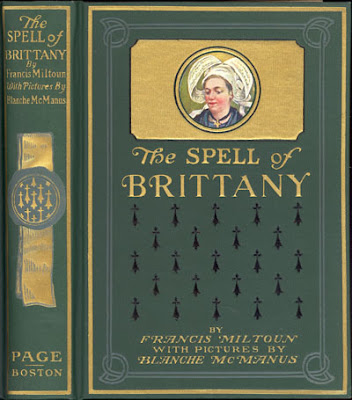 Who’s Who in America for 1910 shows Blanche Mansfield’s studio address as Martigues, France. Francis then became the United States Consular Agent in Toulon, where Blanche finished her illustrated book The American Woman Abroad, published by Dodd, Mead in 1911. 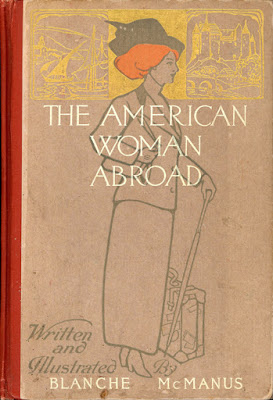 
Francis was also writing for a journal about the metals industries, and visited steel factories and the like wherever they traveled. It's likely that he was a spy in the years leading up to and into the World War.

No work of Blanche McManus Mansfield has surfaced that is documented as later than 1912. The cover on Utah : The Land of Blossoming Valleys by George Wharton James (Page, 1922) is mono­grammed M c M. Stylistically it is similar to a design done in 1899 by T. W. Ball, and another unsigned design from 1900. Page might have had this design on file, or, like The Spell of Brittany above, it may have been used on an earlier title we have not yet found. 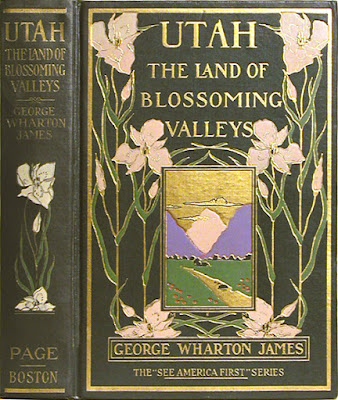 Her life after 1912 is shrouded in mystery, with one report suggesting she was confined to a mental institution in New Orleans from the 1920s until her death in 1935. Perhaps Paul Hessling at UNCG will solve this mystery, as he did with the mysterious disappearance of Ethel Belle Appel.